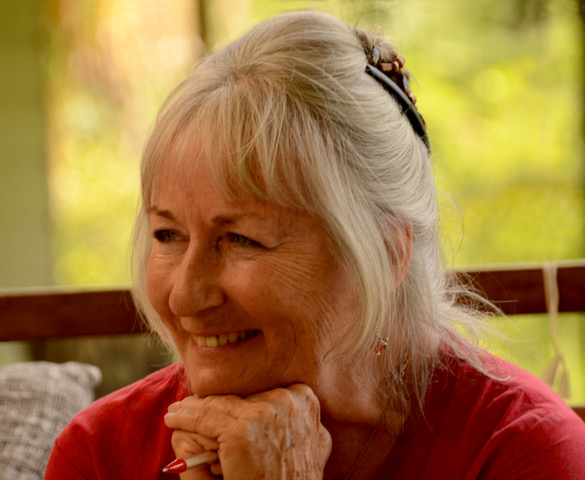 NTN’s Senior Advisor, Dr Mariann Lloyd-Smith trained as a negotiator in chemical disputes and has a PhD from Law Faculty, UTS Australia. She has campaigned in the area of chemicals policy and hazardous waste management for three decades working with NGOs, indigenous groups, national governments, UNEP and the OECD. Mariann participates in the technical working groups for Stockholm Convention on Persistent Organic Pollutants and focuses on PFAS chemicals.  Dr Lloyd-Smith was a member of the UN Expert Group on Climate Change and Persistent Organic Pollutants, and an advisor to the OECD for their Fracking Summit. Mariann is committed to community right to know and helped establish Australia’s National Pollutant Inventory. 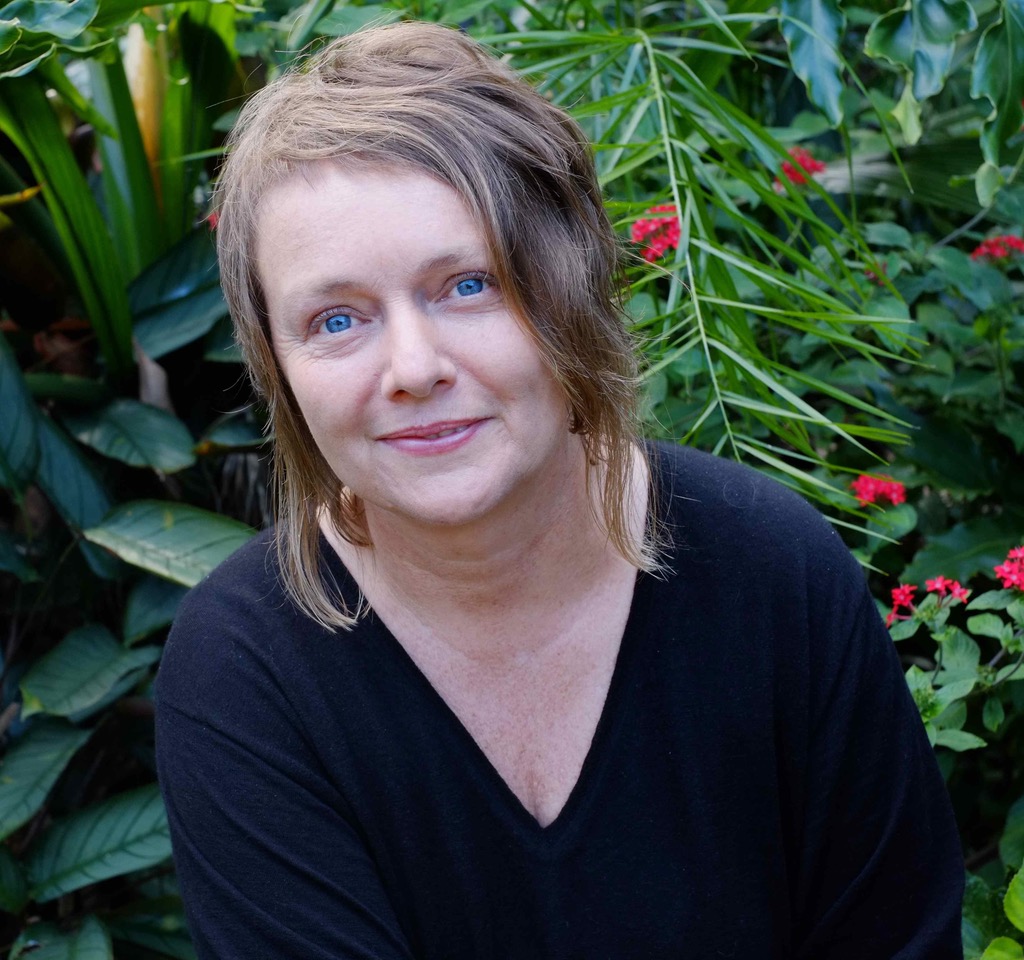 Jo Immig is Coordinator of the National Toxics Network.  She has a degree in applied science and over 25 years experience as an advocate working in the non government sector on toxic pollution issues including pesticides, indoor air pollution, children’s environmental health, ocean pollutants and household and industrial chemical pollution. Jo currently represents the Australian environment movement on the industrial chemical regulator’s Strategic Consultative Committee. She is author of several books – Toxic Playground; Safer Solutions and Clearing the Air as well as numerous articles on sustainable living. 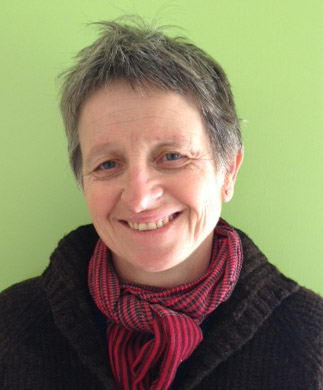 Rye is a seasoned environmental activist and researcher. She is internationally known for her work on risk assessment and nanotechnology and has also written on coal seam gas, bisphenol-A, sustainable flooring, perfluorinated chemicals and the hazards of biochar. She is currently co-leading Environmental and Human Health Aotearoa, a New Zealand NGO focusing on the impact of pollution on both ecosystem and human health locally, regionally and globally. 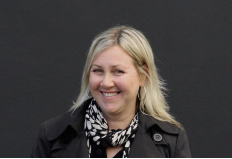 Jane Bremmer is based in Western Australia (WA) and has worked for environmental health and justice for more than 20 years. Currently the secretary and Zero Waste and Anti- incineration campaign coordinator for the National Toxics Network, Jane works collaboratively with the Global Alliance for Incinerator Alternatives (GAIA) in the Asia Pacific region and internationally with the more than 600 member organisations working for a zero waste and incinerator free future.

With a strong background in toxics disputes and environmental justice, grounded in her own personal experience living next to ‘WA’s worst toxic site’, Jane works to empower communities to defend their human rights to clean air, water and soil through the principles of ‘community right to know’ and access to independent science and expertise. As such, Jane through NTN, is also a member and works collaboratively with the International POPs Elimination Network (IPEN) representing more than 700 public interest ngos – working for a toxics free future at the highest level with the International Stockholm, Rotterdam and Basel conventions.

Jane coordinates a number of Western Australian local environmental health and justice groups working on air quality protection, toxics, waste management, pesticides and contaminated sites. The work of these groups resulted in the establishment of WA’s first ever Contaminated Sites Act. Jane has also served 10 years on the Australian National Industrial Chemicals Notification and Assessment Scheme (NICNAS) Community Engagement Forum, where major reforms were achieved to assess the large backlog of ‘existing chemicals’ in use in Australia that have not been assessed for human health or environmental impacts.

The protection of children’s health especially is Jane’s key motivation and underpins all her work. She was awarded the Sunday Times Pride of Australia Medal for environmental activism 2007. 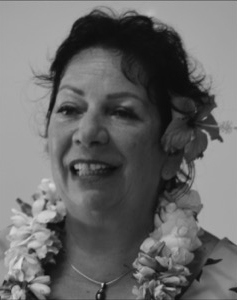 Imogen Ingram is of Polynesian and English descent, growing up  in a bilingual household, and has been invested with the traditional leader’s title Te Pa Mataiapo of Takitumu in Rarotonga, Cook Islands.  After university education in New Zealand, she worked there as an accountant before returning  permanently to Rarotonga, where she became an environmental advocate.   Her focus is on sustainable development issues, including the harmful impacts of climate change and pollution on ecosystems, particularly the ocean.  Since the formation in 2005 of Island Sustainability Alliance CIS Inc. (ISACI) she has worked to raise awareness in Pacific SIDS about negative impacts of poor chemicals and waste management on human health and the environment.  She has also implemented citizen-science projects aided by capacity building from IPEN (International POPs Elimination Network) and National Toxics Network, Australia (NTN).  She has also received support from both networks for her advocacy work at both national and international levels on policy issues related to chemicals and wastes. 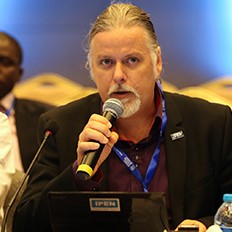 Lee Bell is a senior researcher with the National Toxics Network and acts as the Mercury and POPs Policy Advisor for the International POPs Elimination Network (IPEN). Lee has over twenty years experience in research and analysis of industrial pollution, hazardous waste, contaminate sites and associated issues. Mr Bell has authored a range of reports and articles on the trade and impact of mercury and other pollutants on the environment and human health. He is currently a member of the Basel Convention Small Intersessional Working Group (SIWG) on POPs waste, the Stockholm Convention BAT BEP and Dioxin Toolkit Expert Group and the SIWG on PCBs. 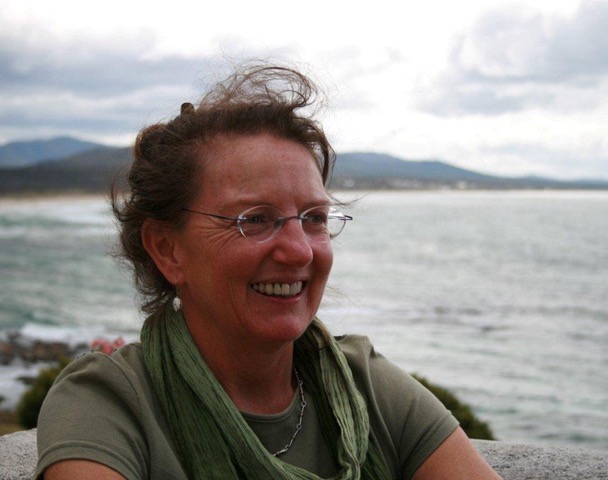 Dr Alison Bleaney is a rural GP based in Tasmania  and as an environmentalist realises that a healthy environment sustains healthy people and communities. For over 15 years, she has been particularly interested in water quality, pollution and the use of pesticides and wetting agents in the landscape and how these adversely affect the land, water and air and human health. Modern toxicology with low dose effects, non-monotonic response curves, endocrine disruption, immune dysfunction and trans-generational effects of epigenetic effects are just a few of the issues she works on to try and convince Australian regulators to ensure safety testing  and the principle of precaution when they allow chemicals/biocides into the environment. Climate change accentuates the issues of pollution whether it is pesticides, plastics or fossil fuels. 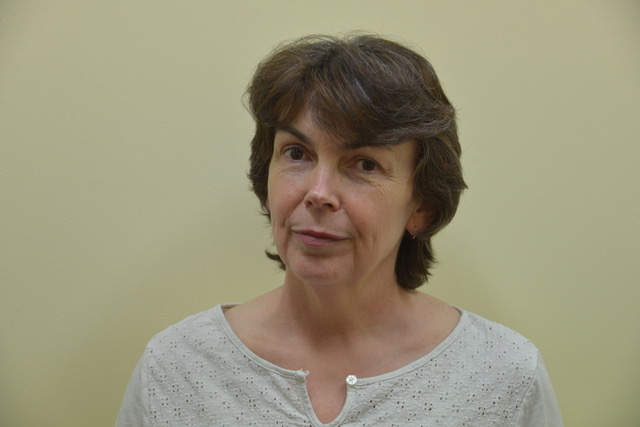 Dr Geralyn Mccarron has been a general practitioner in suburban Brisbane for 30 years. Since 2012 she has been involved with rural communities whose health and well-being has been impacted by unconventional gas. She has written two peer reviewed publications, one report and has made submissions to several State and Territory Inquiries. 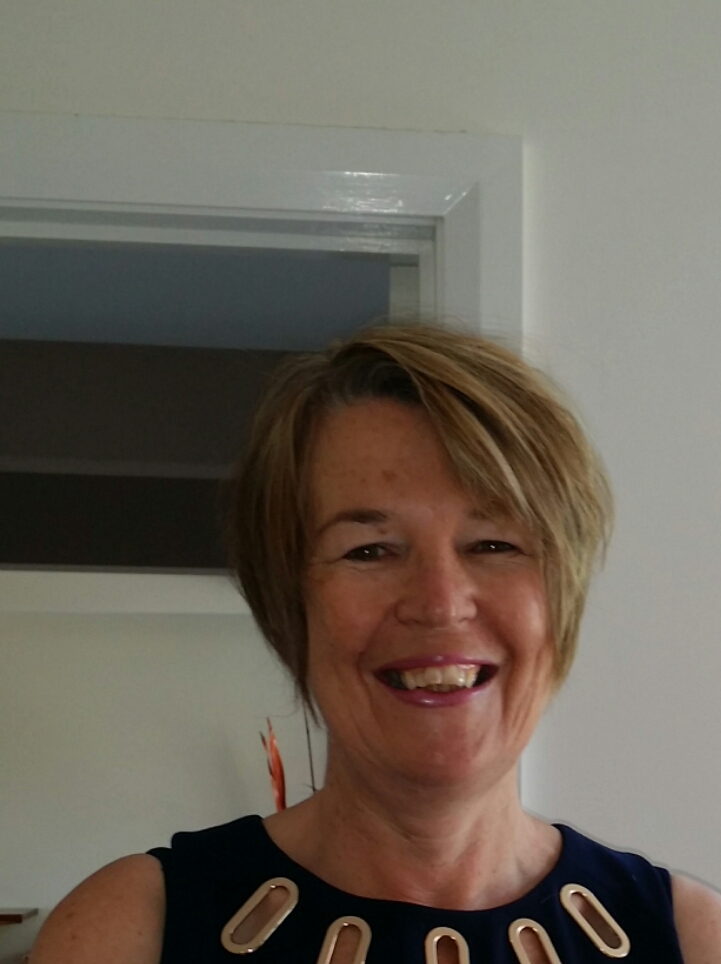 Julia is an experienced professional in environmental law, policy, alternative dispute resolution and ombudsman matters. She is a former long term Board Member of the EDO (ACT) and a member of the IUCN Commission on Environmental Law. She has been the NTN Public Officer for 10 years. 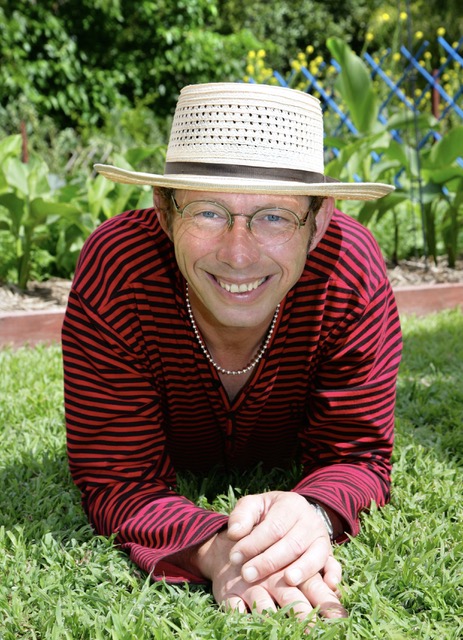 Jerry is the Patron of the National Toxics Network. He is a leading horticultural botanist, a writer and a Director of the Seed Savers’ Network Inc. A life long conservationist, he actively campaigned to protect Queensland’s Mary River from being dammed. Initially trained at the Royal Botanic Gardens, Kew (UK) and the Royal Horticultural Society (UK), Jerry is qualified in horticultural estate management, soft landscape design, arboriculture, conservation, horticultural and botanical sciences. He qualified in management at Brunel University, London.
Jerry has managed plant production nurseries, urban forests, heritage parks, one of London’s busiest garden centres, and he helped establish Mt Annan Native Botanic Garden (NSW). For twelve years, Jerry managed the Royal Botanic Gardens, Sydney. His design of the Rare & Threatened Plants Garden (1998) launched a career in radio, magazine writing, public speaking and television. For eight years he edited ‘The Organic Gardener’ magazine.
In 2003, Jerry created ‘Bellis’, a unique, affordable, sustainable house and garden in subtropical suburban Brisbane. Bellis exports solar electricity, sequesters carbon dioxide, recycles waste water for food growing in a water sensitive landscape that mitigates localised flooding. Growing just under 500 kinds of plant, the food garden feeds the household, while the ornamental front garden is designed to deal with predicted climate change. Over 500 species of animal, including twenty six species of bee, and about six new species, as yet undescribed by science, call Bellis home.
Retrofitting Bellis cost less than buying an average family four wheel drive car and its ongoing benefits include reduced household bills, healthy food and peace of mind. The garden is opened to the public once yearly.  www.jerry-coleby-williams.net