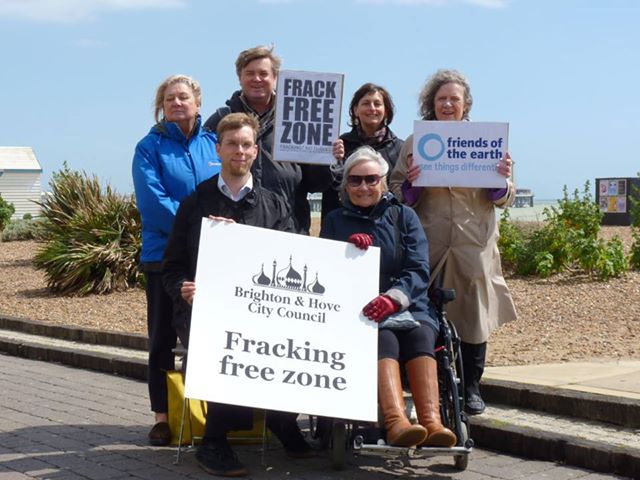 NTN has just completed a massive overseas speaking tour on the dangers of fracking arranged by Friends of the Earth UK, FOE Scotland and FOE Ireland in cooperation with local Frack free and Frack off groups. Dr Mariann Lloyd-Smith  also spoke at London University, hosted by the Human Rights Consortium.

Onshore extraction of gas through hydraulic fracturing (fracking) is at the early stages in the UK but is already very controversial with growing community opposition. But a depressed economy and a reliance on gas are driving a strong industry and government push for shale gas, coal bed methane and underground coal gasification, probably the most polluting of all.

The first engagement was a presentation to the All Party Parliamentary Climate Change Group meeting on unconventional gas in the UK Houses of Parliament. It provided a great opportunity to speak to UK MPs and other decision makers and gauge their level of understanding of the issues.

As we traveled around UK, Scotland and Ireland, we met with MPs and regulators who had very little knowledge about the current state of the science around shale and coal bed methane extraction and appeared to have no awareness of pollution issues or concerns regarding public health. Even the relevant EPA regulators knew very little about the chemicals used in hydraulic fracturing and even less about the range of chemical byproducts and releases.

Despite their lack of knowledge they were still providing considerable unqualified support to the industry. Affected councils and local residents were much more aware of the potential downsides and both these groups were eager for information and experiences from elsewhere to support their campaigns opposing the industry.

Wherever we spoke we received strong support and rarely met any vocal opposition. Other than our appearances on BBC TV Newsnight and radio, the companies did not engage in any debate or meetings, despite being invited.

Throughout the tour, NTN provided information and outside expertise to support NGO and community campaigns, which helped to form new local groups and empower many others. We undertook considerable publicity both through formal media and social media which meant much of the content of the talks is available though YouTube.

The tour provided new and exciting network contacts in NGOs, academia and the renewable energy industries and helped inform NGOs, business groups and Councils. It also legitimised many of the concerns of local communities and helped provide the confidence to allow them to effectively pursue their opposition to the unconventional gas activities.

Read the full report of the speaking tour here.