How did this brand new technology find its way into our homes without us even knowing about it? Nano-materials such as nano-silver and nano-zinc are now found in many everyday products including sunscreens, cosmetics, foods, food packaging, paints, clothing and pesticides. And yet consumers are none the wiser because there’s no labeling required and there’s minimal regulation of nan0materials in Australia.

Nanotechnology an entirely new technology that describes materials, systems and processes that exist or operate at the extremely small scale of a few hundred nanometres (nm) or less. 1 nanometre = 1 billionith of a metre. To put a nanometre in context: a strand of DNA is 2.5nm wide, a red blood cell is 7,000 nm and a human hair is 80,000 nm wide.

While manufactured nano-materials already have numerous applications and are in many everyday products, there is still much uncertainty regarding their health and environmental impacts. The toxicity of different nano-particles is affected by a range of factors including their size and shape, chemical composition and their surface properties. Different nano-forms of the same chemical can also have very different toxicities.

Nano-silver has recently been in the headlines because medical experts fear it might contribute to antibiotic resistance and increased allergies. This now widely used antibacterial substance is added to a vast range of products including toothpastes, pet shampoos, fabric softeners, bath towels, cosmetics, deodorants, baby clothes, ATM buttons, handrails for buses, cutting boards and underwear. Scientists have realised that our unchecked use of antibacterial compounds not only risks bacterial resistance but also means children aren’t interacting with enough bacteria to develop strong immune systems.

Some substances considered generally safe can become toxic when they’re shrunk for nano-size applications. Take zinc for instance. It’s  an essential nutrient, yet it’s hazardous in nano-size, (e.g., zinc fumes from welding) and can cause permanent lung damage.  In vitro (test tube) and in vivo (on animals) studies have shown that manufactured nano-particles which are now in widespread commercial use including zinc, zinc oxide, silver, and titanium dioxide, pose new toxicity risks.

Two separate studies published in 2008 found that certain carbon nanotubes cause asbestos-like health effects and the onset of mesothelioma in test mice. Nano-sized titanium dioxide used in sunscreens has been shown to cause an ‘emphysema-like’ lung injury in mice when inhaled while  nano-sized aluminum oxide can affect and even kill specialized cells in the human brain.

Some clinical studies suggest that nano-particles and small micro-particles that aren’t metabolised by the body can over time result in granulomas, lesions, cancer or blood clots. Some people face greater risks than others, including workers who may experience routine occupational exposures. Some occupations are unaware they’re even handling nano-materials.

Some nano-particles also have a potential for bio-magnification and bio-accumulation in the environment, meaning the concentration of them increases as you move up the food chain and keeps accumulating over time because they aren’t readily broken down.

Due to their size, nano-particles can move into cells and damage genetic structures, travel along nerves, and create problems throughout the body. In 1996, researchers showed that ‘fullerenes’, a common nano-particle used in women’s makeup, can move into mouse embryos via maternal blood and severely disrupt foetal development. The fullerenes were administered into pregnant mice at various doses and even at the lowest dose, cell function was damaged.

In 2009, researchers provided more evidence that some nano-particles can cross the placenta, posing particularly significant risks to developing embryos. When administered to pregnant mice, the nano-particles found their way into the brain and testes of the offspring.

Despite the concerning research findings, the overwhelming majority of nano-products reach the marketplace without being subject to any nanoparticle-specific safety assessment. Nano-containing products are not required to be labeled and without mandatory labelling and registration of nano-products, no body (not even regulators) has a clue what products contain what nano-particles.

Friends of the Earth Nanotechnology Project and their Safe Sunscreen Guide 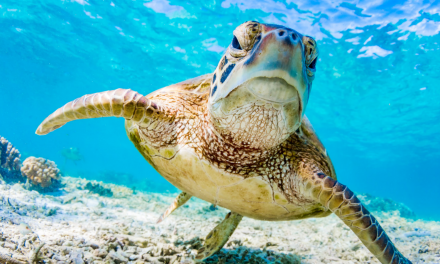