Perfluorochemicals are a group of chemically-related compounds used in everyday products. Perfluorooctane sulfonate (PFOS) for instance is used in textiles, paper, electronics, chrome plating and some medical equipment. PFOS has been found to be a reproductive toxin.

Perfluorooctanoic Acid (PFOA) is used in the production of some non-stick cookware and stain resistant footwear and clothing. PFOA is a likely carcinogen. Both PFOS and PFOA are extremely persistent chemicals that bioaccumulate in humans and other animals.

The USEPA review of PFOA used in the manufacture of Teflon, found that it accumulates in the blood system and poses a risk for childbearing women. According to their preliminary risk assessment, the estimated exposure range for humans, based on rat studies, has already overlapped with what the USEPA deem as unacceptable for toxic substances.

PFOS is toxic at low concentrations and has no known metabolic pathway for breaking down. The OECD Joint Chemicals Meeting report (2002) noted that PFOS was detected in the blood of nearly 600 US children, aged from 2-12 years.

Recent biomonitoring tests in humans has shown that PFOS and PFOA concentrations in the blood of adult Australians are high compared to studies in other countries.  While PFOS is restricted in Australia to essential uses in fire fighting industry, PFOA is subject to only voluntary action by industry.

PFOS was included as a Persistent Organic Pollutant  under the Stockholm Convention on Persistent Organic Pollutants. However, a number of exemptions were allowed for its ongoing uses including photo-imaging, firefighting foam, and insect baits for leaf-cutting ants. Other specific exemptions included metal plating, leather and apparel, textiles and upholstery, paper and packaging, and rubber and plastics.

Other perfluorochemicals such as the perfluorocarboxylic acids (PFCAs) are replacing PFOS and PFOA in many applications, yet, many PFCAs have not been tested for toxicity and are also very persistent. 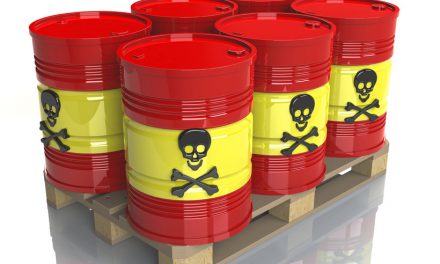