Finally after over a decade of international campaigning, the toxic pesticide endosulfan has been  slated for a global ban. One hundred and fifty countries, including Australia, meet in Geneva to determine the new listings on the Stockholm Convention’s list of banned substances and announced a global ban on the pesticide endosulfan.

The decision will see endosulfan listed on Annex A of the Stockholm Convention for Persistent Organic Pollutants for elimination. Some exemptions for specific crop pest combinations requested by Uganda, India China will be permitted for 5 years with one renewal allowed.“We are delighted with this decision as it means agricultural workers, indigenous peoples and communities across the globe will finally be protected from this poisonous and polluting pesticide” said Dr Mariann Lloyd-Smith, leader of the NGO delegation in Geneva.

“The United Nation’s scientific body which assessed endosulfan has clearly shown that it is a persistent organic pollutant, or POP, and meets all the scientific criteria for a chemical requiring global elimination because it’s toxic, bio-accumulative, persistent and travels large distances from where it is used”.

“It was clearly time for endosulfan to go and it joins other banned, but once widely used, POPs pesticides, dieldrin, heptachlor, mirex, lindane and chlordane” said Dr Mariann Lloyd-Smith.

“Work is to begin by the POPs Review Committee to ensure the effective alternatives are available for countries making the transition to an endosulfan-free world”.

In Australia, the federal regulator the APVMA, cancelled the approvals and product registrations of endosulfan in October 2010 but allowed a 2 year phase out period despite the fact that alternatives existed for all uses of endosulfan at the time. 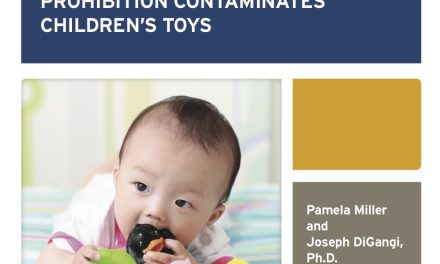