The WHO has stated that approximately 3 million children under the age of five die every year, due to environmental hazards and this is not limited to developing countries. All children, both in the developing and developed world are affected by exposure to hazardous chemicals. In 2004, the European Union’s Ministerial Conference on Children’s Environmental Health identified air pollution, unsafe water conditions and lead exposure as the main culprits in the death and disabling of children in Europe. The Conference found that by reducing exposure to hazardous chemicals, the lives of many children could be saved.

It has long been known that lead can cause delinquency and reduced IQ.(2) New evidence links even low levels of lead (that is, the current “acceptable” level of 10 micrograms per decilitre) with an average loss of 7.4 IQ points by comparison with pre-school children whose lifetime average blood lead concentrations remained at 1 microgram per decilitre.(3) In addition to the known links with hearing loss, poor reading, writing and maths ability, reduced life-time earnings and reduced growth, balance and proprioreception (spatial sense of body) problems etc, childhood lead exposure has also been linked with osteoporosis later in life (4) and foetal lead exposure is now thought to be a contributing factor of schizophrenia.(5)

Few countries have legislated to protect children’s environmental health although a number like Canada and EU are investigating new options. The United States has implemented The Children’s Environment Protection Act 1997 which aims to protect children from exposure to environmental pollutants. The Act requires that USEPA standards be set at levels that protect children and other vulnerable groups including the elderly, pregnant women, people with serious problems and others. Children are defined as 18 years of age and under.

The legislation requires the USEPA to consider all environmental health risks to vulnerable sub populations in risk assessments, environmental and public health standards and regulatory decisions. The Act also requires the development of a list of USEPA recommended ‘safer for children’ products and chemicals that minimise potential risks to children. The USEPA has set up a Specialist Office of Children’s Health Protection in order to set health standards to ensure the protection of children and vulnerable sub populations. The statutory Children’s Health Protection Advisory Committee has as one of its objectives the making of annual recommendations to the USEPA on standards that need re-evaluation.

A number of State Acts support these moves; for example, the Washington State Children’s Pesticide Right-to-Know Act (SSB 5533). This Act requires that school districts post notices warning students and staff whenever pesticides are used in and around schools, and provide advance notification to interested parents.

Regulations under the US Residential Lead-Based Paint Hazard Reduction Act of 1992 require the disclosure of lead-based paint hazards in target housing which is offered for sale or lease. The preamble to the Act states that “low-level lead poisoning is widespread among American children, afflicting as many as 3,000,000 children under age 6” and “the health and development of children living in as many as 3,800,000 American homes is endangered by chipping or peeling lead paint, or excessive amounts of lead-contaminated dust in their homes.” 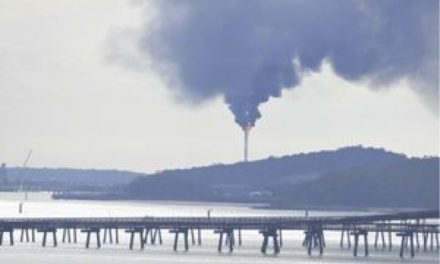